With Music to accompany the post.
Being the GEEK that I am, I took full advantage on a family trip to New York to scope out some of the filming locations on one of my all time favourite childhood movies, Ghostbusters!


As you can see above, the famous apartment building on the south side of central park. Not quite as massive as it appeared in the movie. The building itself and the structures around it were heavily edited in the movie using Matte Painting, and hence why I didn't do a long shot from further back in central park. You just wouldn't have been able to see the building! Still a creepy looking place though! (And yes it had just poured down. And yes I am soaked!)

On to the New York Public Library, where our Ghoul fighting team experience their first ghost. I didn't go in as the interior of the Library in Ghostbusters was filmed in a completely different Library in California so nothing to see. 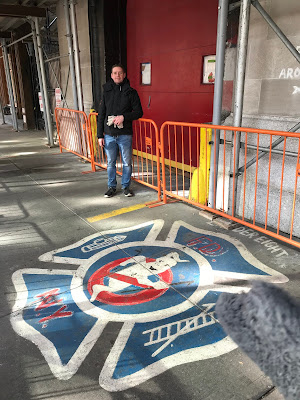 I managed to walk past the building twice before realising that it was the Ghostbusters Fire house. I was sooo gutted that it was all covered up and a completely lost photo opportunity. (Good excuse to go back as far as I'm concerned).


So strictly speaking, a Ghostbusters II film location however this building was the Art Museum that the possessed picture of Vigo resided in. It looks very different not covered in Pink Slime though!


I managed to miss several other picture opportunities even though I was in the right place:
Once again, a great reason to go back! 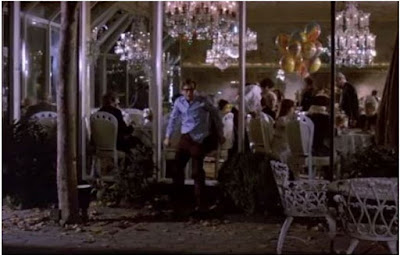 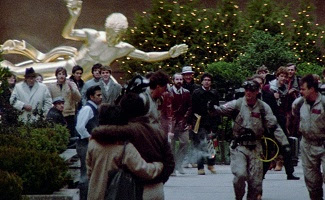